Currently I’m paying about £12/month for VPS hosting. For this money, I get access to a Linux machine which is permanently connected to the Internet, and I can run basically whatever programs I want on it. I’ve been using this to run the Knights website and game server.

However, Knights uses relatively few resources so I thought I could save a bit of money by running the server myself, at home. So I bought one of these: 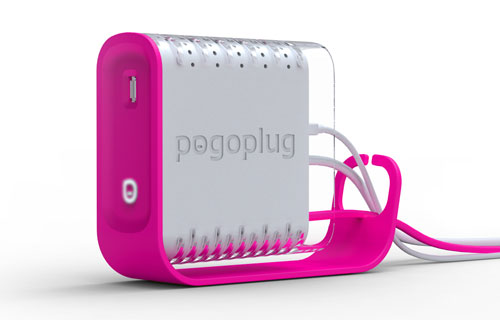 This is a Pogoplug. It’s marketed as a file sharing device, but can easily be modified to run Linux off of a USB stick. It’s cheap (mine was about £50 from Amazon), silent, and uses very little power (about 5W) so can be left on all the time at very little cost.

It does have only have 256 M of RAM, and a relatively slow processor (it’s an ARM chip, running at about 1 GHz I think), but this is plenty enough to run the Knights server.

The only other downside is the colour :), but since it’s shoved behind a desk in the spare room, nobody is going to notice.

Migrating everything over to the new server was a bit of a pain, but everything should be up and running again now. The Trac has moved to a new URL (http://www.knightsgame.org.uk/trac/), and you may notice a different address on the Server List page, but everything else should be the same as before.

As an aside, I have set up a Subversion repository, so you can now browse through the source code on the Trac site.

As for Knights itself: I am working on a new release (018), which should be done in about 2 weeks time (hopefully). This will mostly be a bug fix release, but will include one new feature which is a Random Quest button. I’ll post a bit more about that next week.

I have added a small sidebar to the Knights home page showing recent blog and forum posts.

This gives visitors a quick way of seeing the latest news and updates directly from the front page. It will also help draw attention to the forum and blog (many people don’t know about these at the moment).

A new version of Knights has been released. This release fixes a couple of problems which have been causing the server to crash recently. In particular, there were issues with players observing/spectating games, and with time-limited quests. These should now be fixed and the server should hopefully provide a crash free experience 🙂

Note: The changes are server-side only, so if you already have version 016, there is no need to upgrade (unless you want to run your own server of course).